The studies in the field of tinnitus research are extremely poor. An article in the Medical Tribune Germany dated November 30, 2019 rightly complains that too little research is being done in the area of ​​tinnitus and that patients feel let down by medicine.

A particularly bad testimony is given to cognitive behavioral therapy, which is protected by most health insurance companies. In the hope that the sound disappears, this therapy only teaches how to deal with everyday life or the displacement of the sound. This is of course past the patient’s needs but cheap. Over the years, the tinnitus tone gets louder at most patients and thus this displacement strategy has reached the expiration date and the patient is at the beginning of the next odyssey.

Only Tailor-Made Notched Music Training (TMNMT) in combination with heat therapy can currently bring relief or healing. The first clinical user observation of the tinniwell was carried out by Dr. Ebbers in Düren October 2016 to July 2017 in which 30 patients participated. There, 100% healing was documented after 4 weeks in one patient; on average, all patients had 54% relief after 4 weeks. A double-blind study on tinniwell will start this autumn with 60 patients.

By monitoring Resaphene in 250 patients from January 2019 – February 2020, 4 phases of therapy have now been identified. In phase 1, tinnitus becomes louder during or immediately after treatment. This can only occur after 2 days or 5 weeks. This is the indication that the therapy is working on the patient. In phase 2, the tinnitus tone drops and becomes quieter. Phase 3 is a big surprise for the patients because the tinnitus now partially disappears during the day. In the final phase 4, it also disappears at night. It is then recommended to continue the therapy for a further 3 weeks at the last known frequency, since the tinnitus will then permanently disappear. A premature termination leads to the tinnitus being present in its old appearance again within a week. Overall, phase 4 was observed after 3-4 months with a daily therapy duration of two hours.

In the past, two studies were carried out at the University of Münster on the topic of Tailor-Made Notched Music Training. In the second study, the subjects were advised to stop the therapy if the tinnitus worsened. According to our knowledge, this was the reason for the poor results from this study. An improvement in the patient’s tinnitus is always preceded by a worsening.

Resaphene Suisse AG, based in Roggwil, Switzerland, is a medical technology company that was founded in 2015 and has been selling a tinnitus therapy device under the name tinniwell since 2016. Resaphene Deutschland GmbH in Constance and Resaphene UK Ltd. in London and Resaphene US LLC in the US act as further sales companies.

Tinniwell fits very well into my everyday life. It can be used almost anywhere and is also a good companion when traveling due to its handy size. My tinnitus has completely disappeared from my left ear. My quality of life has improved significantly. I’m rarely irritable and much more relaxed.

I am a trainee and have been suffering from ear noises for about a year. However, since I am only 18 years old, I could not and did not want to accept that this tone will remain for the rest of my life. Then I learned about tinniwell from a friend and tried it out directly.

After the first week of therapy, I was able to sleep again, relax and work fully again at my training place. 6 weeks after the first application, I can deal with my tinnitus very well, because it is about 40% quieter than before the therapy.

After four days I no longer had a whistle in my right ear, the left ear then continued for another two weeks until there was an improvement.

I am so happy now that tinniwell has given me a better quality of life. I sleep through again, can now devote myself more to my family and I have more energy for my independence. 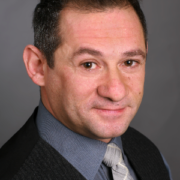 I can recommend this holistic effective world first, to every tinnitus sufferer. Thank you again for the excellent and friendly service.

"With tinniwell my tinnitus has almost completely disappeared. The combination of music and warmth is great, because it not only drowns out the noise, but the warmth in particular ensures relaxation and balance. "

"The tinniwell is a great invention for people who suffer from tinnitus. For me more quality of life again. "

"I can recommend this holistic effective world first, to every tinnitus sufferer. Thank you again for the excellent and friendly service. "